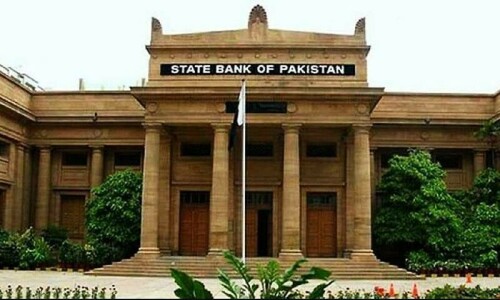 The State Bank of Pakistan has finally picked its winners of the five digital banking licenses from the 20 contenders that had tossed their hats in the ring over nine months ago. Or rather, it issued them no-objection certificates, and they will now have to undergo a long process.

For those in the fintech and startup circles, this triggered mixed reactions. It was quite like a reality show where everyone had their fan favourites. If your preferred contestant didn’t make the cut, you would obviously be disappointed. On the other hand, a few winners had flooded the social media feed, just like high school kids with good grades do on results day.

None of the hyped fintechs, such as Dbank, Tyme or Alif, made the cut, raising the rationale behind the criteria. The main contention obviously is that how can players who have failed to incorporate any technology in their existing processes be expected to deliver digital financial services? Without naming, there’s one sponsor whose existing cyber security is so bad that even someone like me can access critical customer data like addresses.

But is the presence of local business groups such a bad thing? Or even surprising, given the finer details of the digital banking regulations? For example, M&P, by virtue of being a major courier company, has a strong distribution across Pakistan and already offers cash on delivery. The use case they can build for their customer segment can give a major boost to digitisation.

Similarly, Fatima Fertiliser — which also tried to get its hands on Samba Bank while its director invested in the now defunct fintech TAG — can leverage its expertise in agri and come up with a solution that caters to the underserved segment. Even otherwise, there are arguments as to why venture capital (VC) funded startups weren’t such a good fit for the licenses.

First, venture funding to Pakistan has plunged sharply. In Q4-2022, only $15.15 million was raised, down more than 79 per cent year-on-year and the lowest since Q1-2020. Global investment activity also fell 63.5pc during the comparable period. How exactly would local and international sponsors have brought in the capital in such a scenario?

For instance, one of the 20 applicants actually saw a significant markdown in valuation by its key investor. Perhaps, others would have been exceptional at raising, but there’s no denying the uncertainty involved, which can at least explain caution.

However, even before the slowdown began, there were some questions about whether the VC-backed companies would be such a great fit for the licenses. For anyone to become a digital full bank (DFB), the minimum paid-up capital requirement at the end of the transition period is Rs10 billion. But that’s just one component: the entire process is long and tedious, with the timeline for commercial launch exceeding two and a half years (based on the electronic money institutions).

During that time, the bank will have to set up all departments from compliance to dispute resolution and bear the payroll of at least 100 people while not earning a single rupee.

Basically, in order to get the commercial license and early customer acquisition, the bank would easily need $150-200m in funding, if not more. First, that requires big investors and growth stage capital which simply hasn’t come to Pakistan yet and therefore is a big risk. This is not your typical marketplace startup where a great fundraiser can put up a $50m (which itself is a huge amount) round, and that would get the job done. You can’t just play fast and loose with depositors’ money as if it were investors.

Second, investors would need to see a potential for valuation step up at the time of initial public offering (as DFBs are required to list), something our stock exchange just can’t offer. Existing banks are already trading below the price-to-book despite returning healthy profits. Imagine how they would value a loss-running company.

Now, of course, there are countless cases to be made against the SBP’s picks, from Easypaisa’s hefty losses to HugoSave’s own credentials. Plus, none of the arguments about the use cases of sponsors like M&P and City School really justify the need for a banking license. It would have been far easier to actually partner with an existing fintech than try their hands at building a digital bank — when they have absolutely no experience in either tech or financial services at scale.

However, in our excitement and optimism, we kind of miss the bigger point: digital in itself won’t make financial services more inclusive. The solutions and user experience of the new platforms will continue to be guided by the perceptions and myths of urban millennials and GenZ, who, over their expensive coffees, will deliberate on what the farmer from Rajanpur or the woman artisan from Tharparkar.

Similarly, banks’ incentive to lend to the government will not just disappear overnight, nor will the risk in lending to the underserved segments. Unfortunately, that’s something the license will not and can not solve for.