Russia and Netanyahu; Warming of relations or continued tension? 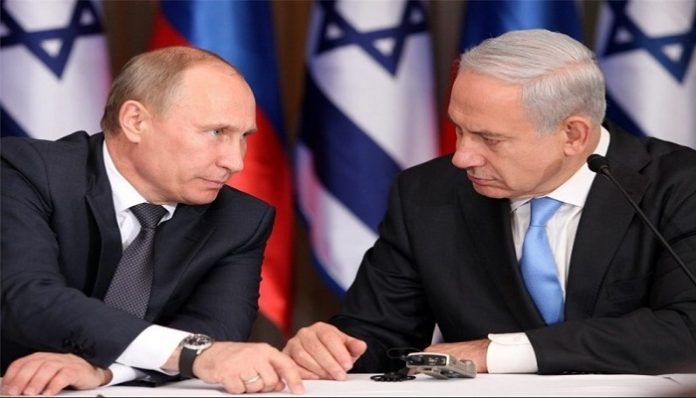 In the Zionist regime, there is an expectation that Netanyahu’s personal relations with the Russian authorities will warm the relations between the two sides, but it seems that there are obstacles that even if this is possible, it will not be in the short term.

Relations between the Zionist regime and Russia during the Ukrainian war

The relations between the Zionist regime and Russia have undergone many changes during the period of the war in Ukraine. At the beginning of the war, the Zionist regime adopted a neutral position even though the Americans and Europeans expected serious and complete support from them. The Zionists did not directly accuse Russia of aggression; an action that greatly angered the United States and European countries. In the same period, Naftali Bennett, the then prime minister, announced that he is ready to act as a mediator and mediate the end of the war between the two sides. It was at the same time that the request of Volodymyr Zelinsky, the president of Ukraine, to travel to the occupied territories and provide weapons, was met with a non-answering response from the Zionist authorities.

In the first days of the war, the first-rate political officials of the Zionist regime tried to adopt a neutral position, the second-rate officials and some well-known figures, especially the media with the leftist movement in the occupied territories, took a position of supporting Ukraine and condemning Russia.

This process continued until the dissolution of the Knesset of the Zionist regime last June, and with the appointment of “Yair Lapid”, the alternative prime minister instead of “Naftali Bennett”, the direction changed to a large extent towards confronting Russia. . This caused a serious challenge between Russia and the Zionist regime.

Now, the return of “Netanyahu” brings with it the question that, considering the close relations of “Netanyahu” with the first-ranking officials of Russia, especially Vladimir Putin, will the relationship between the two sides warm again during “Netanyahu’s time”? Or that the coldness and tension in relations will continue in the course of the past year?

Crisis in relations with Russia; A nightmare that Israel was fleeing from

There is a serious difference between “Netanyahu” and the two prime ministers of the previous cabinet of the Zionist regime in this regard, and that is “Netanyahu’s” close relations with the Kremlin officials. One of the things that has facilitated the work for the Zionist regime during the period of “Netanyahu’s” presence in power is the close personal and family relations that he has established with the authorities of different countries and lobbies within each country. Meanwhile, Russia is one of the countries that “Netanyahu” has very close relations with his officials.

During the decade-long Syrian crisis, whenever the expansionist and aggressive actions of the Zionist regime in Syria affected their relations with Russia, “Netanyahu” either traveled to Russia or solved the problem with a close connection. This method was used during the period of Naftali Bennett at the beginning of the crisis, and some media circles of the Zionist regime considered it thanks to Netanyahu.

Now there is an expectation that with Netanyahu’s re-election, the relations between the two sides will warm up and some problems caused by Netanyahu’s personal relations with the Russian authorities will be resolved.

Netanyahu’s problems in relations with Russia

The problem that Netanyahu’s cabinet has in relations with Russia has found a different situation compared to a year ago and before the Ukraine war. Now, at this point in time, some damage caused in the relations between the two sides cannot be compensated, and some positions are part of the strategic behaviors of the two sides that they cannot overcome to improve the relations.

Due to the Zionists crossing some red lines, Moscow-Tel Aviv relations have been damaged to such an extent that it cannot be tolerated by the Russians. An example of these behaviors can be seen in the creation of two temporary camps for the transfer of Russian and Ukrainian Jews to occupied Palestine, which greatly angered Russia. The result of such behaviors of the Zionist regime was that Moscow also put similar measures on the agenda to respond to the Zionists, an example of which can be seen in the banning of the “Jewish Agency” branch in Russia by the Russian Duma. Such destructions will limit the scope and area of ​​movement of “Netanyahu” and all his close relations.

Russia’s situation in the Ukraine war shows their relatively stable situation. In order to achieve their full goals in the Ukraine war, the Russians have announced that they will continue the war, and based on this, analysts believe that this war will last at least another year. But under these conditions, the Russians have greatly reduced their forces in Syria and have focused all their attention on the war in Ukraine. This type of Russian move in Syria is unacceptable for the Zionists, because they have demanded the continued presence of the Russians in Syria and the expansion of their presence in the south of Syria, and now this strategic policy of Russia, which cannot be changed by the Russians, is in no way in line with the goals of the Zionist regime. .

Secondly, the intense psychological warfare of the Western media on the lie of the purchase of Iranian drones by Russia and the use of these Iranian drones and weapons in the war in Ukraine – which also includes the media and officials of the Zionist regime – has greatly upset the Zionists. The opposite point of this issue is the Zionists’ promise to Ukraine to sell weapons and defense systems to this country, which the Russians also did not like.

Positions like this, which are part of the strategic behavior of both sides, and there is no possibility of changing them, have made it difficult for “Netanyahu” to return the relations to the past and heat up the relations between the two sides.

It does not seem that “Netanyahu” will be able to solve the problems of the Zionist regime with Russia as in the past, and at least in this direction, he has some problems ahead of him that will take him a lot of time, and in the short term, it seems unlikely that any result will be achieved.