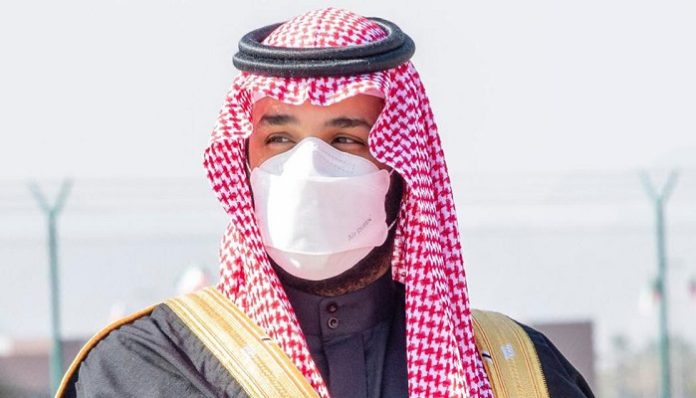 Pak Sahafat – In recent years, the Saudi Arabia authorities, on the one hand, with strict censorship and control over the domestic media, and on the other hand, the establishment, purchase and recruitment of foreign media, the use of international advertising companies, and the financial support of think tanks.

According to Pak Sahafat News Agency’s report, after Mohammed bin Salman, the seventh son of Salman bin Abdulaziz, took power as the crown prince in June 2017, human rights violations, arbitrary arrests, imprisonment and torture of male and female political and ideological activists in Saudi Arabia, the voice of the media international and human rights organizations and they have demanded the attention of the international community to this unfortunate situation by publishing reports almost daily. 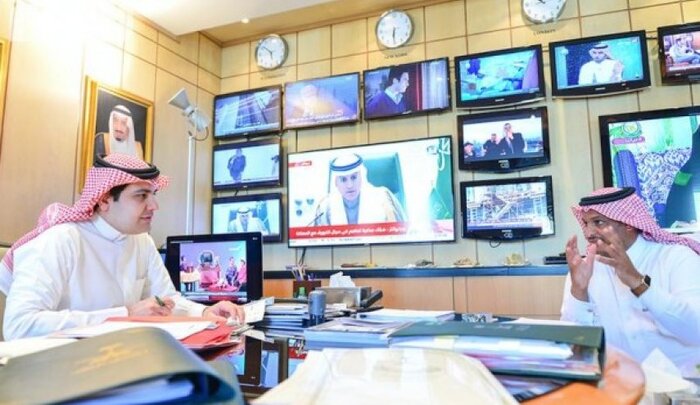 According to political observers and media activists, Saudi Arabia has attached the most importance to its media tools in recent years; A tool that is used to show a good image of the Al Saud rulers to the world, especially in Western countries and America – who consider Riyadh and the Persian Gulf countries as a reliable support for their interests.

The Saudi authorities are making great efforts to monitor their various media and their output in the first place with huge expenses. This is due to Riyadh’s attempt to use these tools to “distort the facts and mislead public opinion” not only within the Saudi society but also the public opinion of the region and the world, and they also provide huge funds for journalists and editors who are “observers”.

A document published on the whistleblower site WikiLeaks revealed the ideological and ownership trends in the Saudi media, as stated in the document: There is a fierce competition between princes in the field of media with the aim of expanding influence inside and outside the country, which is caused by the awareness and fear of the role of the media; This reveals the severity of the special procedures for taking over and controlling the media.

Also, the administrative organization of the Al Saud government in Saudi Arabia provides a means to monopolize the national written media to publish their programs without the need to exercise daily control over journalists.

The WikiLeaks document added that Saudi journalists are free to write about whatever they want, provided they do not write anything critical of the royal family or government corruption, while most Saudi media, both print and electronic, are owned by members of the royal family, and based on this, self-censorship is the prevailing system and every day of these media. 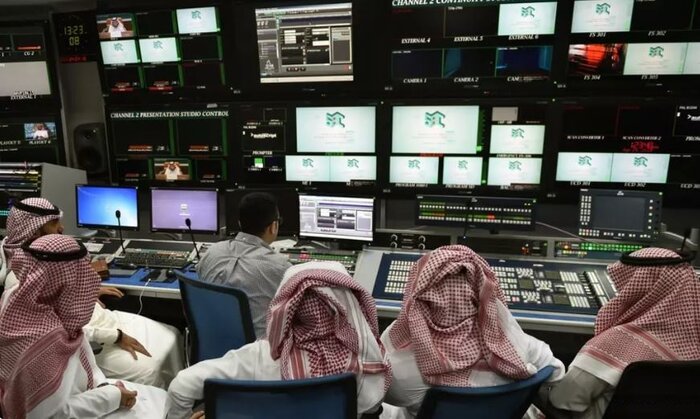 The purpose of these media is to try to draw new frameworks inside and outside the Arab geographical borders, the issues of interest to the Persian Gulf countries, or to express the position of Al Saud on major fundamental issues.

In addition to this, the direction of the Saudi media is to reflect news from the region for the foreign audience. 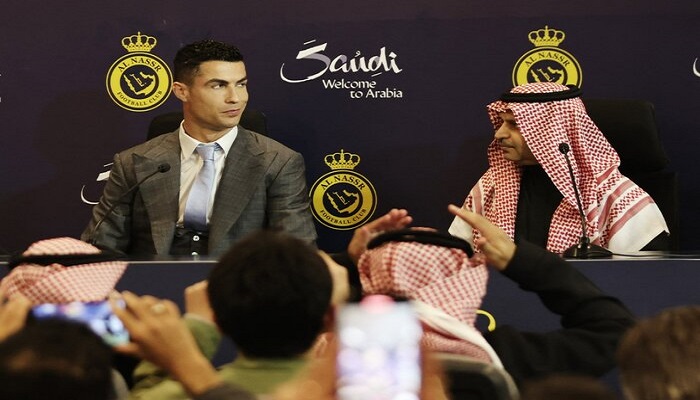 According to many experts, in recent years, in order to change their black and hated image in the eyes of the public, due to the suppression of critics, the rulers of Al Saud have not even limited their investment to the circle of aligned and foreign media, think tanks and international advertising organizations, but by holding so-called cultural and sports programs, they have tried in this direction.

In this regard, Human Rights Watch announced in a report that the Saudi government has spent billions of dollars to host entertainment, cultural and sports events as a deliberate strategy to divert public opinion from its true image, which has committed widespread violations.

On October 2, 2020, Human Rights Watch launched a global campaign to counter the efforts of the Saudi government and shed light on the disgraceful human rights record of Al Saud. 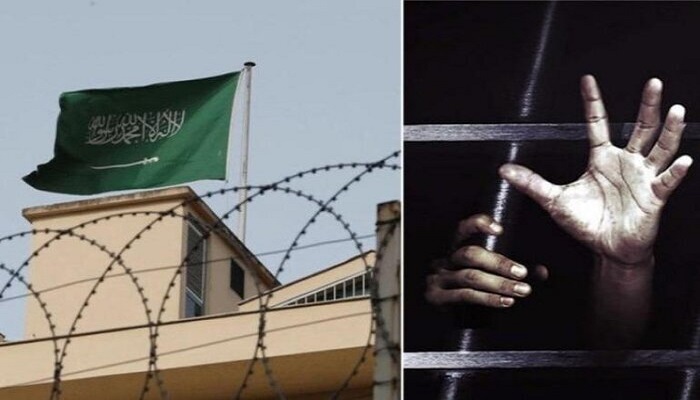 Referring to the dire situation of human rights in Saudi Arabia, Amnesty International has asked Cristiano Ronaldo, the Portuguese star of the Saudi Al-Nasr team, to highlight human rights violations instead of praising Saudi Arabia and not to protect himself as Al Saud.

He said that the Saudi authorities want to use Ronaldo’s presence to make themselves famous and divert attention from the country’s (bad) human rights records, so instead of praising this country unnecessarily, Ronaldo should use the media platforms and look lead to human rights issues in Saudi Arabia.

Ahmad emphasized about the unfortunate situation of human rights in Saudi Arabia, that the Saudi government always executes people for various reasons, and last year, the Saudi authorities executed 81 people in just one day, and many of them were sentenced in the form of cruel trials. Saudi authorities also continue their campaign to suppress freedom of expression and prevent them from forming or joining congregations, and issue heavy sentences against human rights defenders, women’s rights activists, and other political activists. Ronaldo should not allow his fame and status to become a tool to make Saudi Arabia look good through sports and should use his presence at Al-Nasr Club to speak openly and frankly about the many issues related to human rights in this country.

In the latest reactions to the violation of human rights in Saudi Arabia, the human rights organization “Sand” expressed concern about the insistence of the Saudi government led by bin Salman to suppress freedom and restrict independent journalists, and wrote that the House of Saud uses mercenary media to hide He has used the black face of human rights. 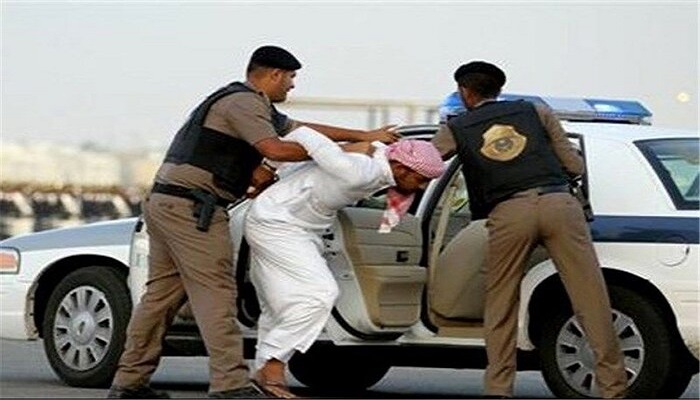 According to Sanad Human Rights Organization, human rights sources confirmed the arrest of al-Safani and said that he was arrested for criticizing Saudi political activists.

At the same time as al-Safani was arrested in September 2020, “Osame Khalid” from the Saudi programmers was also arrested arbitrarily and without legal justification, and each was sentenced to eight and five years in prison, respectively.

This organization added: While these two journalists were kidnapped for 2 years by the order of the Al Saud authorities and their status was unknown, the Saudi authorities have tried to influence public opinion in rival countries by providing financial support to some television channels and media. and accuse these countries of opposing freedom of expression.

The human rights organization “Sand” stated that due to the insistence of the Bin Salman government on suppressing free voices and limiting the activities of journalists, concerns about the freedom of the press in Saudi Arabia have increased.