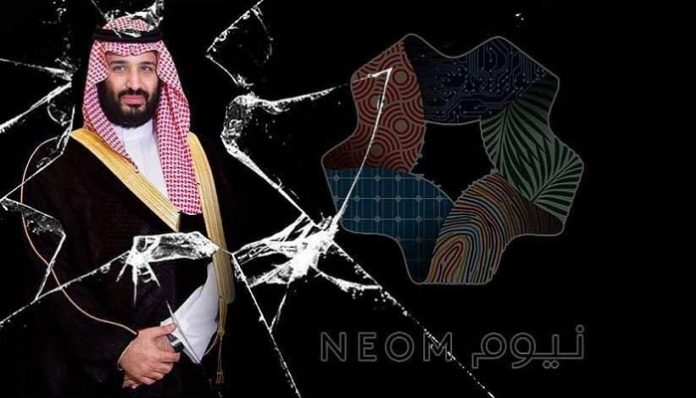 Pak Sahafat – “Mohammed bin Salman“, the immature and inexperienced crown prince of Saudi Arabia, has undoubtedly become one of the most famous figures not only in Arab countries but also in the world, but this fame is not because of his successes, but because of his mistakes and failures.

According to Pak Sahafat News Agency, the ambitions of the young Saudi crown prince – who opens his way to the crown in the royal family by eliminating and suppressing domestic and foreign opponents – did not end in the field of foreign policy, but he did things in the social, economic, and cultural fields of Saudi Arabia that is very naive and immature and it is completely in conflict with the long-standing customs and traditions of the people of this country.

At the foreign political level, the young and inexperienced Saudi prince has so far failed in his foreign investments and his plans have not progressed. At the beginning of his father’s kingdom in the beginning of 2015, he supported the rebels and armed terrorists in Syria against the legitimate and legal government of this country, but he failed in the face of the successes of the resistance forces and the Syrian army, which marked the victory in favor of the Syrian government. .

The failure to intervene in the political arena of Lebanon and the removal of Saad al-Hariri, the leader of the future movement and a long-time friend and ally of Saudi Arabia in Lebanon, and the political disunity within the Lebanese Sunni community, the effects of which still remain, are among the other failures of Bin Salman and His father was in the field of foreign policy.

But the mistakes and ambitions and wrong and naive actions of this young crown prince were not limited to foreign policy, and in the domestic arena, his policies faced challenges in various fields. Recently, the “CNBC” network in a report revealed a new challenge that the Saudi economy has faced due to the ambitions of this Saudi prince.

Something unprecedented in the box of Bin Salman’s ambitions

In this report, “Atlantic” newspaper reporter Graham Wood said about Bin Salman’s ambition that he wants to build a city at the cost of hundreds of billions of dollars in an area that is basically “a barren land and there is nothing in it”.

Vivian Nirim, a member of the New York Times office in the Persian Gulf, said that Bin Salman wants to establish a city that has never existed in the world before.

He continued: He (Bin Salman) wants something completely out of the box, something the world has never seen before and that he is the one who created it.

Neom beyond a new city

The report states that Neom has gone beyond a new city and has become a complete area, all of which have different structures, and one of them is an industrial city that is in the shape of an octagon and partially floats over the Red Sea.

It also includes a mountain ski resort called Trojina, and recently announced a resort project on an island called Sandala, a highly developed and equipped carbon-free zone for yacht owners and the wealthy tourists of “De Line” should be served.

As stated in the report: This part is the oldest, the most flashy and the most ambitious of all the parts of the project and is considered as the main part of Neom until this moment.

It is a linear smart city with no roads, no cars and no greenhouse gases, and is run 100% on renewable energy. Meanwhile, Saudi authorities say that this city can accommodate 9 million people by 2045.

This city is basically a linear city consisting of two buildings, which is about 200 meters wide and 500 meters long, and it is almost as long as the Empire State Building or even a little longer and stretches for more than a hundred miles.

This is a narrow strip of very tall glass-fronted skyscrapers, and the interior space between these two tall strips of buildings is a green area where people are expected to live and work.

The report added: “This city is just a building, and it is very difficult and terrifying to imagine that at the end of the day, 9 million people will want to live in this city because an entire city is basically located in one center.”

This report also mentions the location of the Neom project, which is located near the province of Tabuk in the northwest of Saudi Arabia and next to the Gulf of Aqaba, which borders Egypt, Jordan and occupied Palestine. This report also mentions the forced displacement of the Al-Hawaitat tribe by the Saudi government from the place of implementation of this project. The Saudi government has forcibly relocated this tribe due to the implementation of the “Neom” construction project with an area of ​​more than 10,000 km.

This report about the forced displacement of Al-Hawitat residents wrote that “Neom” will now be under scrutiny due to the treatment of tribal people who have lived in this area for hundreds of years.

The members of this tribe were forced out at gunpoint, and the famous activist “Abdul Rahim Al-Hawiti” was killed for refusing to leave his house and was introduced as a terrorist.

“CNBC” network added: “Hawaiti’s incident was not the only one, because there was resistance to the resettlement, and this in turn had consequences for the people and led to the arrest of a number of members of the tribe, and the Saudi authorities used intimidation.” People’s protests were suppressed.

This report referred to the death sentence that was recently issued against three members of the Al-Hawitat tribe who refused forced migration.

Mohammed bin Salman is trying to attract big companies to be a part of this project by making tempting offers. In 2017, this project hired three of the world’s largest consulting firms, McKinsey & Partners, Boston Consultants, and Oliver & Iman, in deals worth several million dollars.

Not only that, but Neom offers hefty salaries to the world’s elite, which are completely tax-free.

According to CNBC, the biggest challenge facing the Bin Salman project is how to finance the first phase of the project, which is expected to cost 320 billion dollars. The budget of the Saudi Investment Fund (sovereign fund) is between 600 and 700 billion dollars, and therefore it is not possible to finance the Neom project from the money of this fund, and there is a big challenge in finding investors to inject money into this project.

This network explained that the idea of ​​financing Neom by handing it over to the people is compatible with the idea that the city is an institution with full public investment.

The Saudis are also talking about attracting regional investment, including Saudi investors, such as Saudi private sector investors, and are looking to create a kind of mixed financial support for this project.

However, one point is clear, and that is the definition of an ambitious project regardless of its financing sources; This has become a big challenge for Bin Salman and his ambitions.