Pakistan cricket needs to shape up in World Cup year 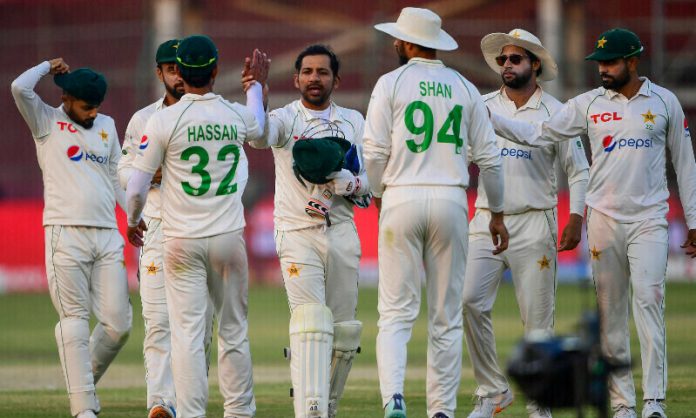 THE year of the World Cup hasn’t started the way Pakistan would’ve liked. The home One-day Intern­ational (ODI) series loss to New Zealand means Pakistan have virtually no room to give excuses and are instead better advised to look inward for genuine progress.

Besides winning the ODI series, New Zealand also kept Pakistan on the backfoot in the preceding drawn two-Test rubber too. Just like the ODIs, both Tests were played at Karachi’s National Stadium and the hosts were saved by a whisker in the end. Had Sarfaraz Ahmed not struck a superb last-day century in the final Test, Babar Azam and company would have suffered their third consecutive Test series defeat at home.

Playing at home definitely puts the host team in a relatively more advantageous position. But it is a double-edged sword; sometimes a slight gaffe, or a flurry of them, can prove stinging for a side in their own backyard.

And this is what denied Pakistan in their bumper home season, during which they lost the Test series to Australia and England, and capitulated in a T20 rubber against a second-string England. The action ended on a disturbing note with the ODI series defeat to New Zealand.

Talking specifically of ODIs, one can safely say that Babar-led Pakistan, before the last two New Zealand ODIs, had fared pretty well with nine wins and one loss over the past year or so. The series trouncing, in the end, ruined all the good work.

“Teams winning away series against good opponents means they are better than the home side,” Iqbal, who is based in England, added.

“Overall, Pakistan have played well in recent limited-overs cricket, including the 2022 T20 World Cup in Australia where they reached the final but losing series on home turf is worrying.”

If Pakistan cannot adjust to the conditions in their own territory to outsmart the opponents, then surely it is not a good omen for the country.

When former Test batter Ijaz Ahmed was sought to underline the reasons behind the national team’s below-par showing in key international games and that too at home, he pinpointed a dearth of quality cricket conditions in the country.

“We in Pakistan [domestic circuit and home international series] are not producing fine-quality cricket, mainly due to the playing conditions which do not allow development of our players for top-level international competitions,” Ahmed told Dawn from Lahore.

“Most of the pitches used [for domestic and international matches] are slow and dead which [indirectly] hinder our batters’ endeavours to improve their skills. And when they play on fast, bouncy and seaming surfaces in countries like Australia, South Africa and England they badly struggle.

“In the UAE also, Pakistan [after the 2009 terror attack on the Sri Lankan team in Lahore] kept on playing their home series on sluggish tracks for several years. Again, it was just survival, it did no good to equip Pakistan cricketers with the skills required to win cut-throat international contests elsewhere around the world,” reckoned Ahmed.

This year’s 50-over World Cup will be held in India where playing conditions are very much the same prevailing in Pakistan. New Zealand travelled to India after their tour of Pakistan bit with more or less the same side — regular captain Kane Williamson was rested — they lost the ODI rubber in India on Saturday.

So, are Pakistan, currently fifth in ICC ODI rankings, heading in the right direction for the World Cup?

“Pakistan’s bowlers definitely have to improve more to get themselves ready for batter-friendly tracks in India where most pitches generally produce ODI totals in the range of 300-330. Our team should plan to enable the bowlers to restrict the opposition to around 270-280,” Sohail told Dawn from Bangladesh.

“Similarly, [when batting first] our batters should eye a higher than [the] average totals of 300-plus that can give our bowlers room to put pressure on the opposition.”

Amid Pakistan team’s up-and-down shows in different formats, the subject of Babar’s captaincy of late has appeared in some sections of the media.

Iqbal reckons while Babar should keep the mantle in Tests, the ODI and T20 leadership should be handed to wicket-keeper/batter Mohammad Rizwan, a regular member of the national teams in the three formats.

“Leading in limited-overs games can be extremely draining, and Babar is Pakistan’s best batter and therefore needs to be properly handled. If limited-overs captaincy is given to Rizwan, Babar can bat with [added] freedom for the team without any extra responsibility,” he said.

Sohail, however, simply does not concur with this view.

“I do not agree that change in captaincy will bring any significant progress. Is there a guarantee that a new skipper will result in improved showing by the team?” Sohail asked. “Instead of captaincy, focus should be on grooming budding players, which Pakistan definitely has in abundance.”

“Is captaincy the only issue faced by Pakistan?” Latif wondered when contacted by Dawn. “Political influence from outside is hampering the team’s performance, particularly in Test and ODI cricket,” he added.

If this is so, then the Pakistan Cricket Board (PCB) officials, captain and the current team management need to sit together and thrash out — sooner than later — all the related matters for the sake of the team’s interests. Or else the team will continue to struggle in forthcoming key international contests including the all-important 2023 World Cup.